Colin, how did you meet Victor?

Victor and Colin go back to the early days of RDW and Colin’s photo career. Colin had been rocking some Raleighs on his world travels, and hooked up with Victor and the crew to help show off the raddest pants in the raddest places. Since then, we’ve worked together on everything from photoshoots to custom 1/1 pieces in the workshop! We credit our shared fondness for late night mischief and exploring unfamiliar places for some unforgettable adventures over the years.

What inspired this shoot?

The Sierra Nevada is known as the “Range of Light,” so named by John Muir in his early explorations of the area. The spiny granite peaks, deep forested basins, and glowing alpine lakes hidden amidst the Sierra provide a brilliant backdrop for light and shadow to meet in unexpected ways. For this shoot, we wanted to experiment with light and the lack thereof, so we focused our efforts on landscapes that harnessed light in a special way, allowing the clothing to stand out naturally. From sunset dirt roads, to midday snow fields, to midnight boat ramps, we were inspired to play with light and let it guide our eyes. So how did we bring this to life? We rounded up a crew of the coolest people we know, from Colorado to Los Angeles, and headed up the desolate 395 highway to get into some trouble.

What was your favorite location and why?

On night 3, we headed down to the Alabama Hills, a cluster of mysterious boulders scattered on the eastern slope of the Sierra. The skyline behind them is dominated by Mt. Whitney, the tallest peak in the lower 48 at 14,494’, and the entire zone is ringed by granite spines jumping out of the Owens Valley nearly 10,000 feet below. As we meandered through the rocky hillside doing our best Indiana Jones impressions, a massive sandstorm descended upon us, whipping particles of granite and brush and dust across the landscape. Between protecting his camera and hiding from massive gusts, Colin managed to capture some incredible images that tell the tale of the wild west.

What was your favorite product and why?

CR: The Jones Raw is a classic for a reason — these things have stood up to decades of abuse in around a year and a half, and keep getting better with each wear!

CK: I spent a lot of time scheming up ways to steal Victor’s 1/1 green chore coat. My favorite piece, and the one that gets used every single day, is the natural leather braille belt, a piece I will wear till it falls apart.

Any stories from the trip worth mentioning?

The tattoo session in Connor’s living room was totally incredible. The room itself is a greenhouse, featuring a 40-foot glass ceiling and over 100 plants and curiosities. Sean, who modeled on the shoot, also happens to be a tattoo artist, and brought up his road kit for an on-the-go session. After a big pancake breakfast, we stretched out under the sun roof and got to work, with Sean tattooing Christian and Connor amidst the high alpine jungle, featuring Monstera and Candelabra Cactus.

After escaping the Alabama Hills sandstorm, we bedded down for the night in a granite hallway that offered a brief respite from the weather. Unfortunately, the wind wasn’t finished and kicked back up for the night, gusting to 50 mph. Doubly unfortunately for Nick, he was in a flimsy tent while the rest of us slept in the backs of our trucks, and he spent the whole night with the tent flattened against his face.

Did you learn anything about RD during this shoot?

Every time we put on a Raleigh piece, we are really wearing a story. Some of it comes from the clothing, and some of it comes from the new adventures we are about to embark upon wearing the pieces. We headed into the high country wearing CPOs and Pocket Tees, Stokes and Martins, and returned wearing new versions. For us, the intersection of story, life, and creative energy is what makes Raleigh so special — the pieces gain their power through lived experience, and they came back from the Sierra with the Range of Light woven into them. 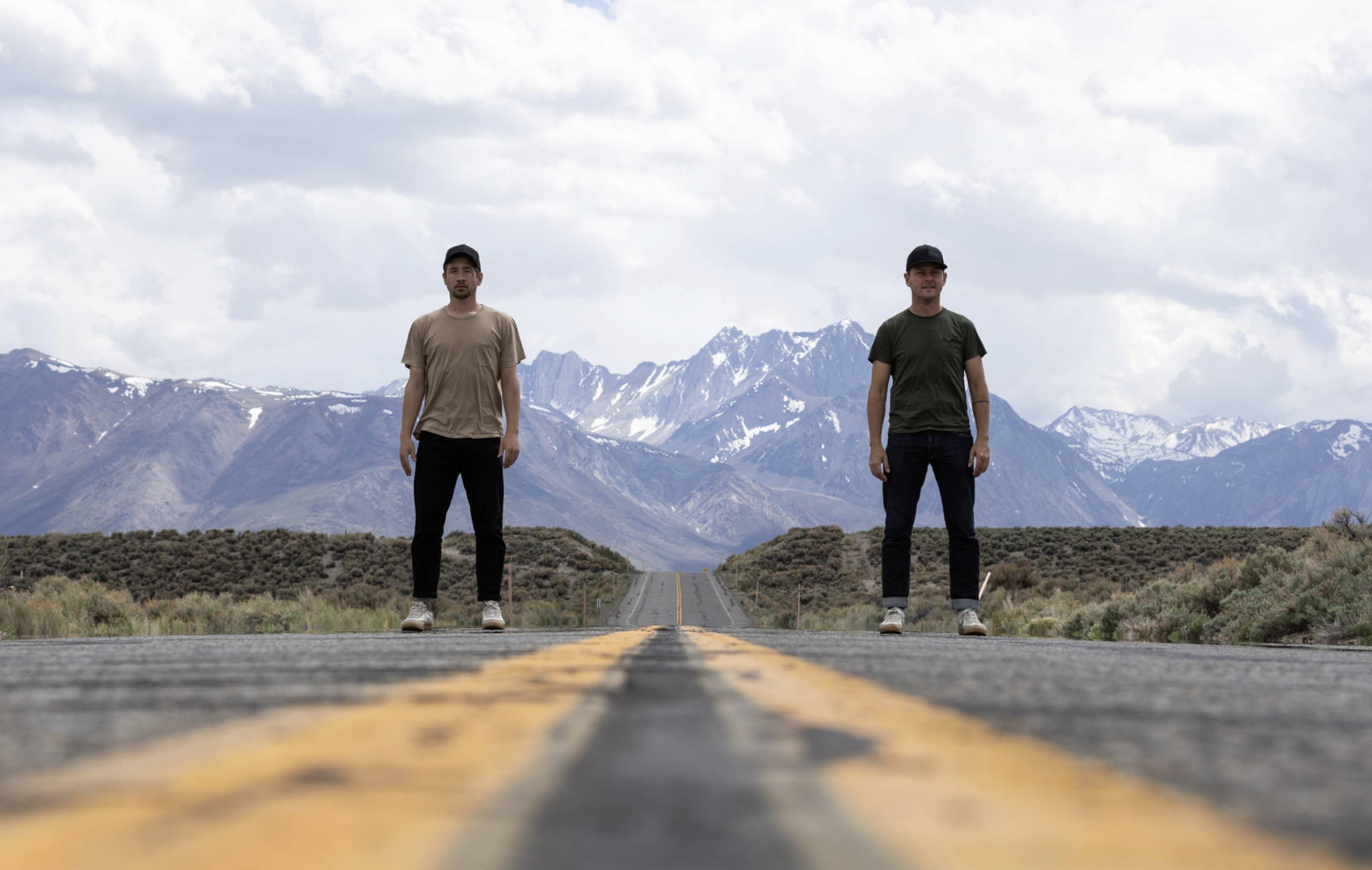 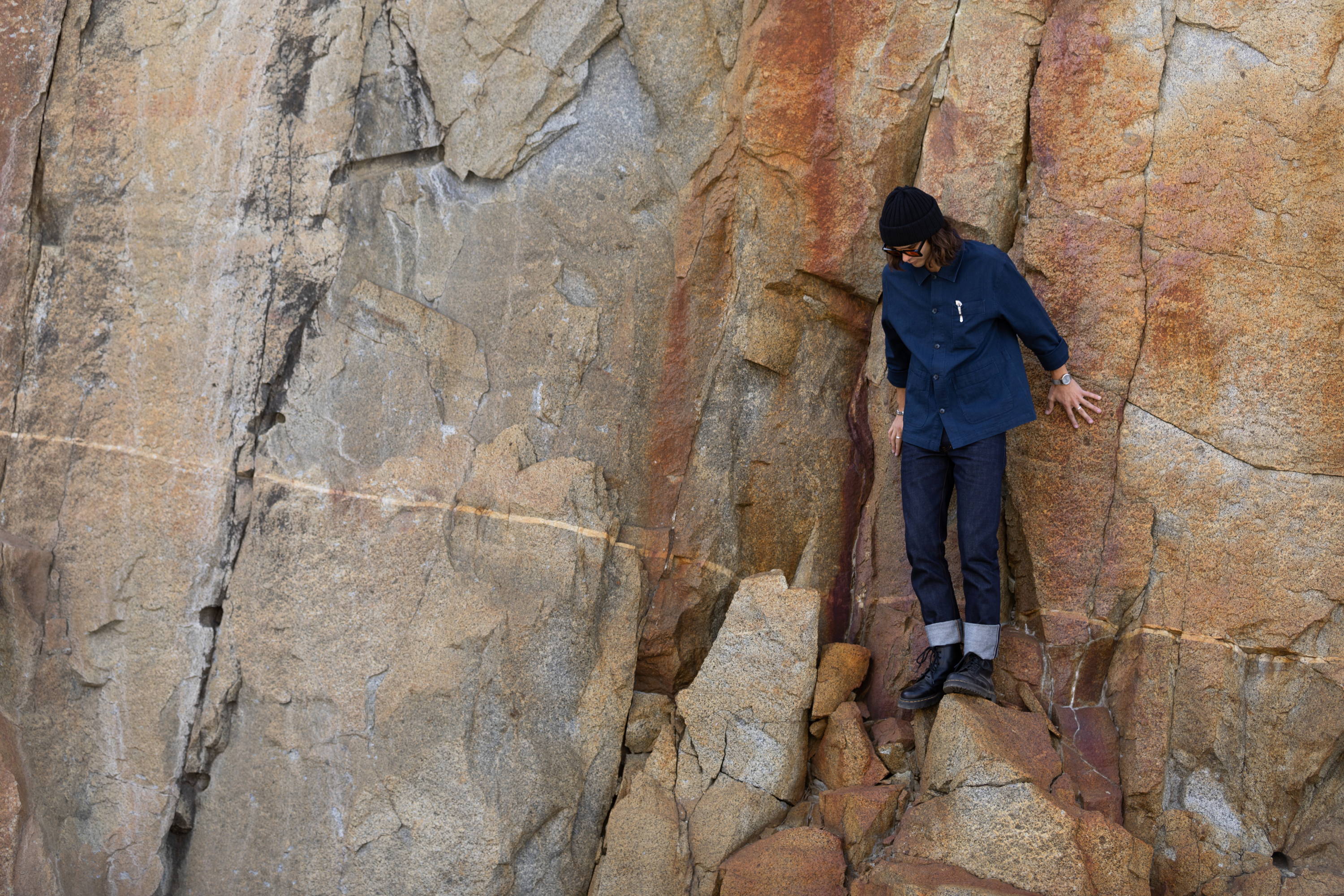 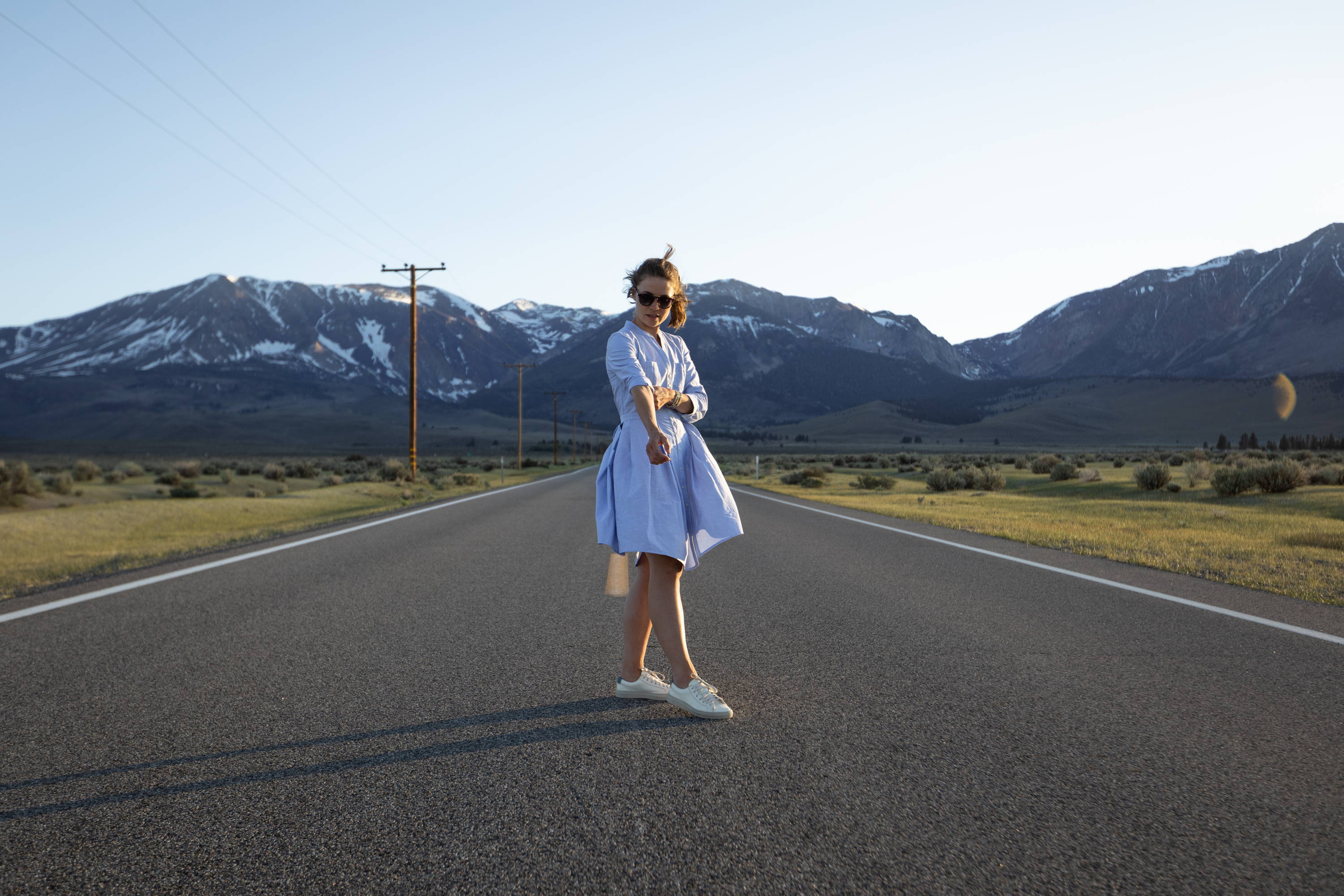 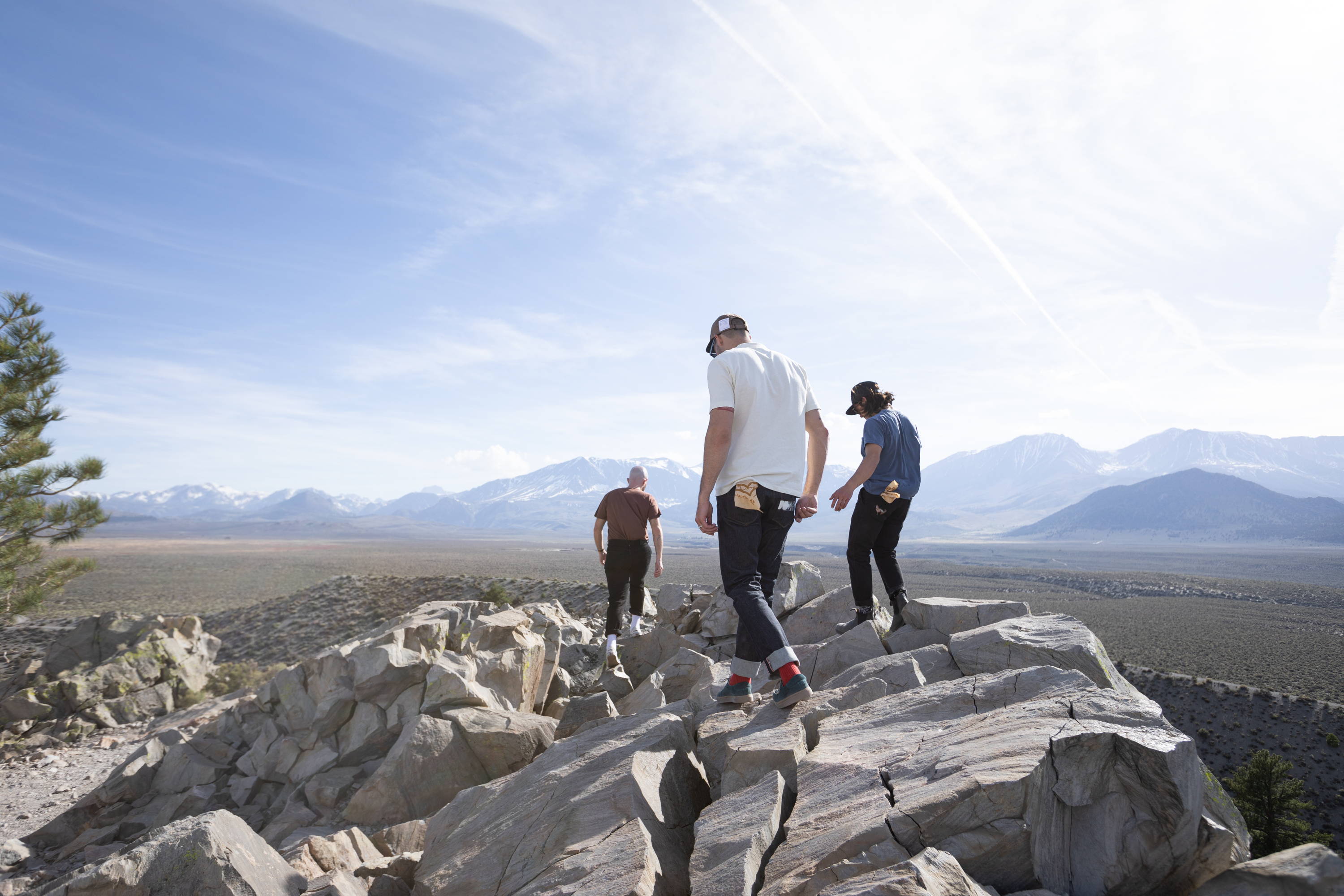 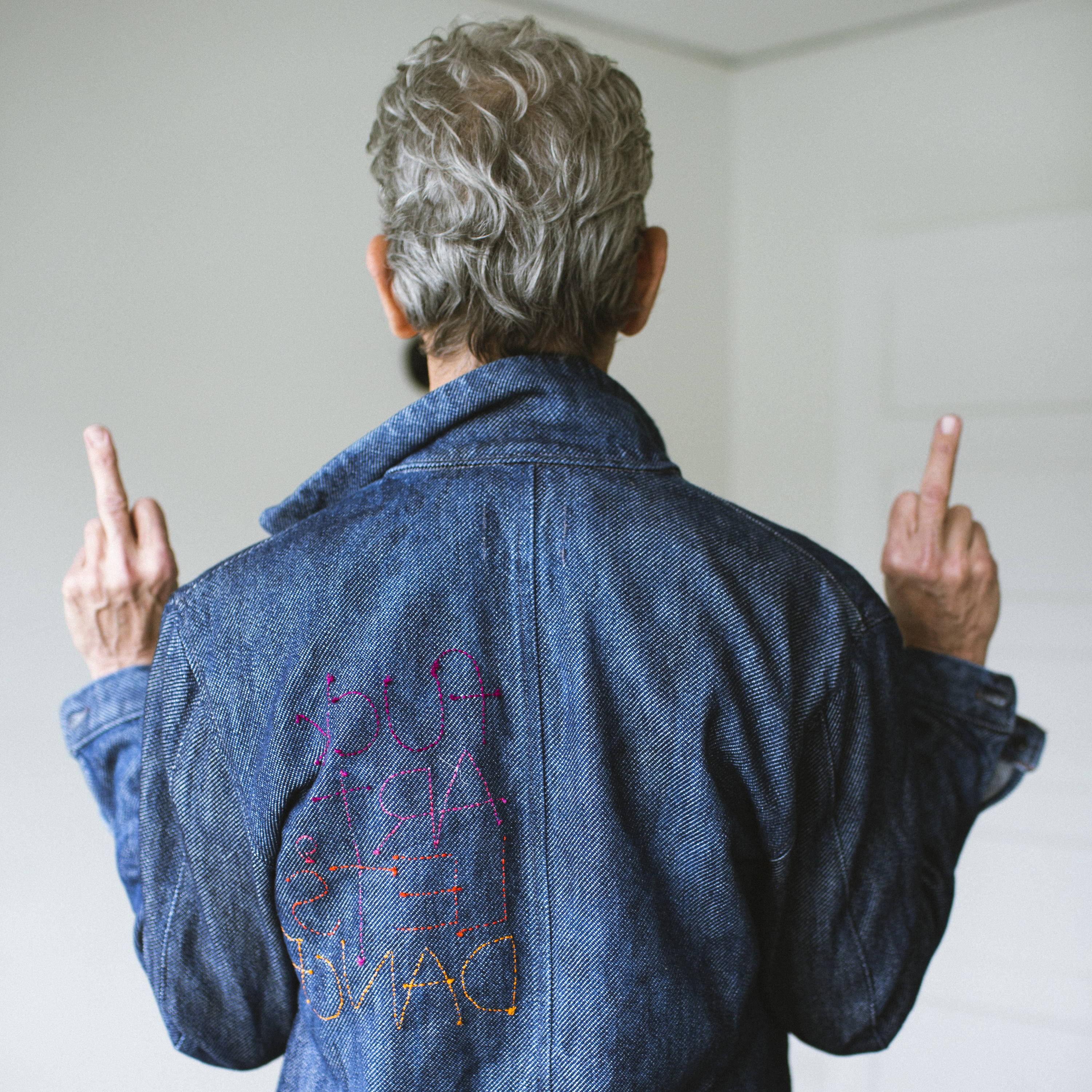 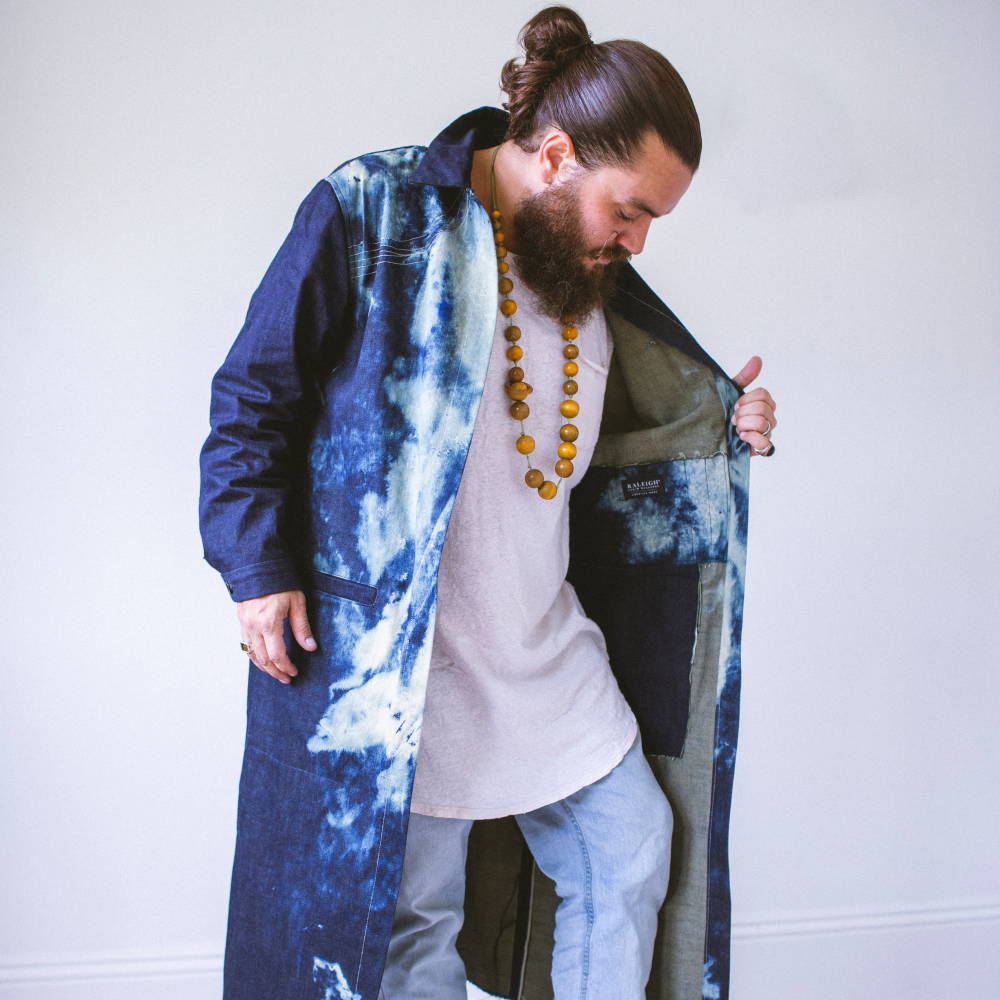 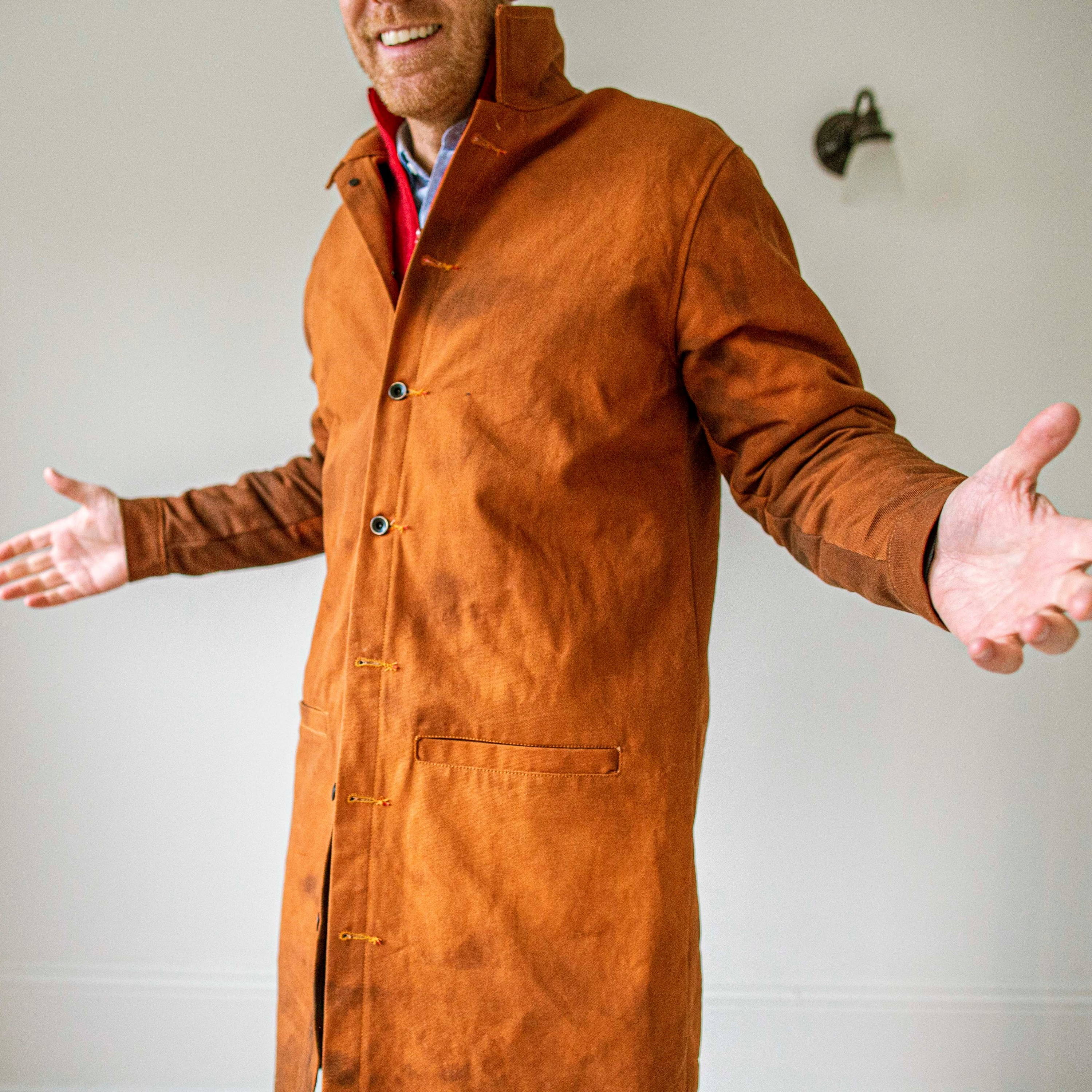 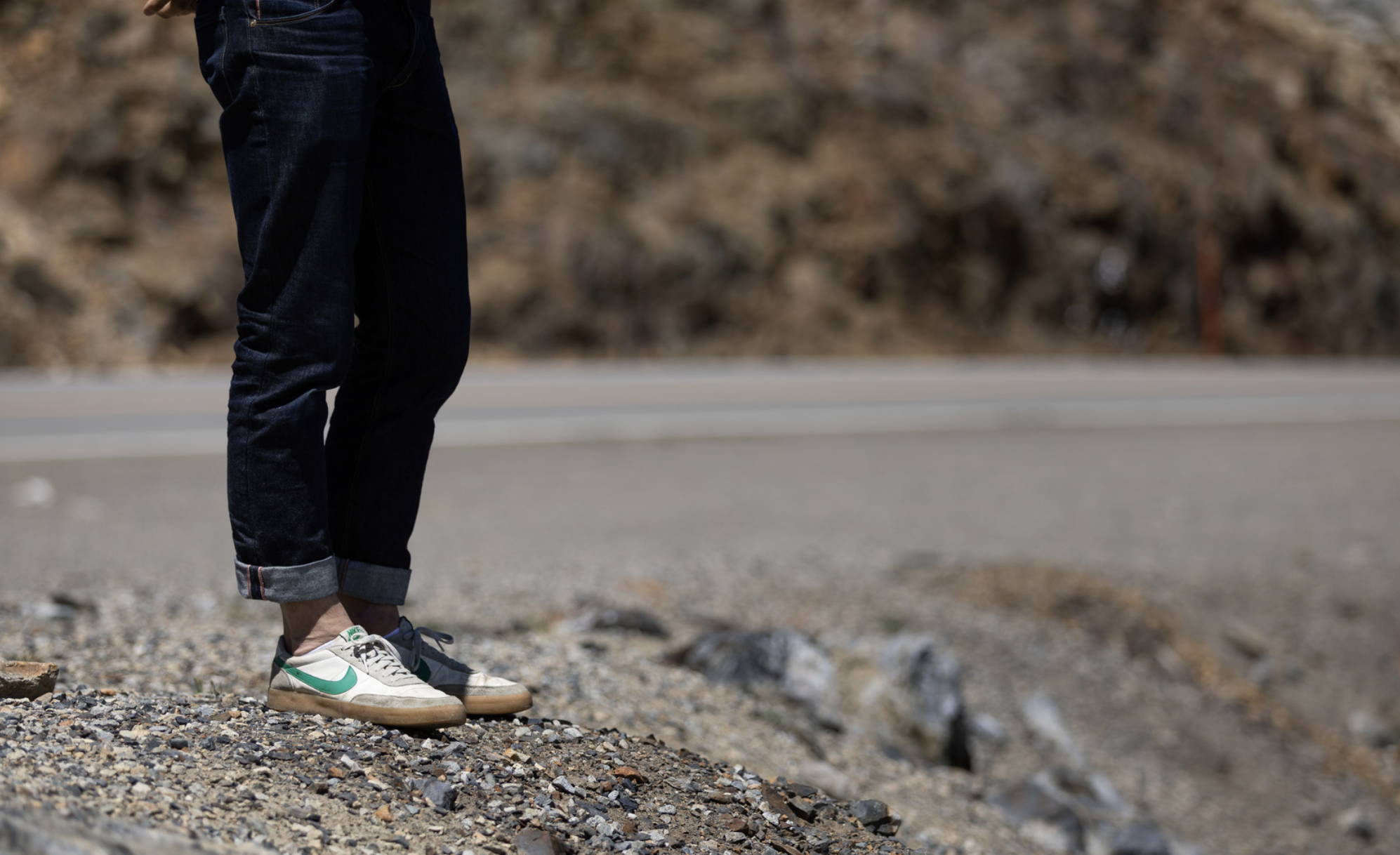 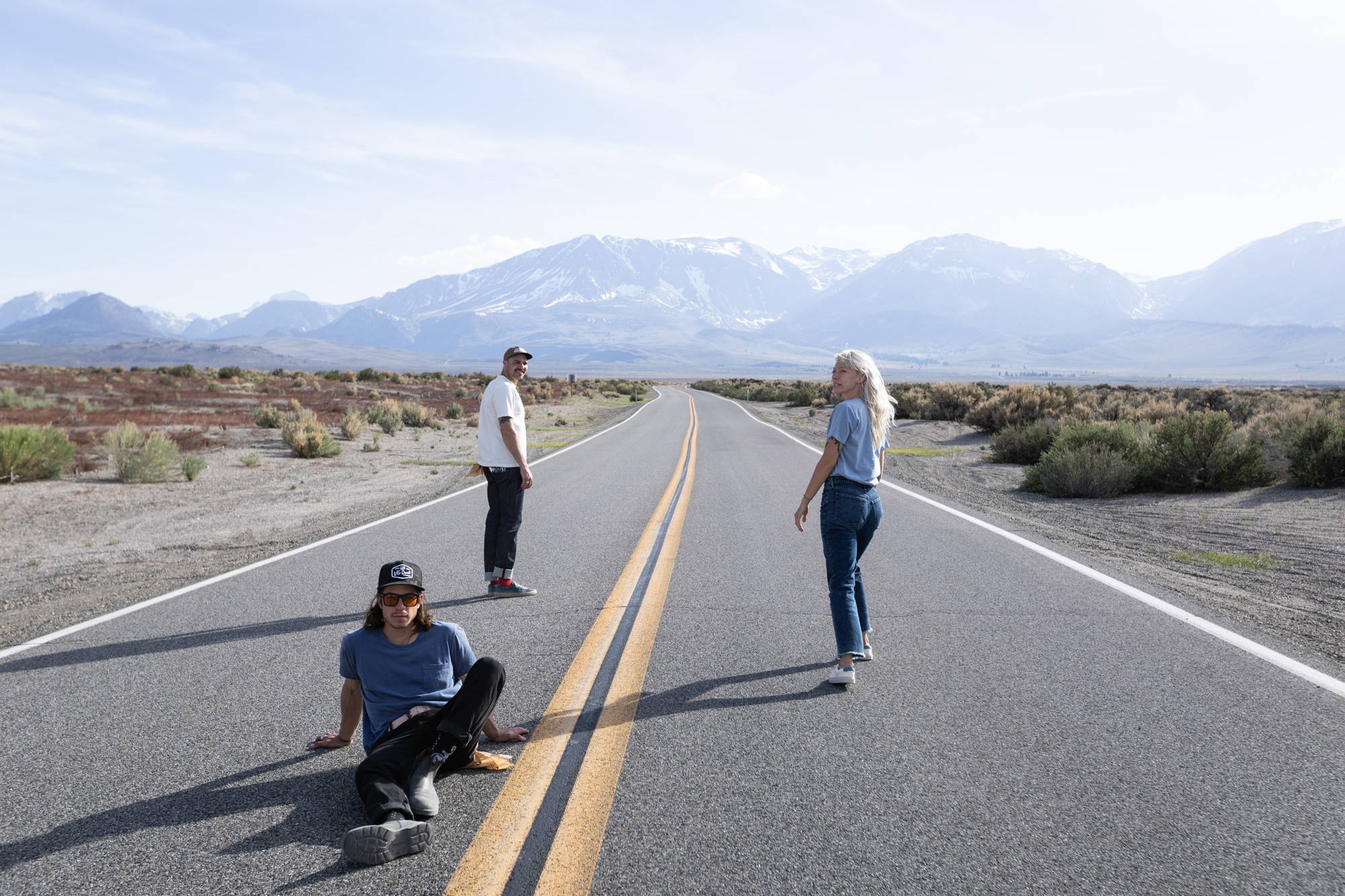 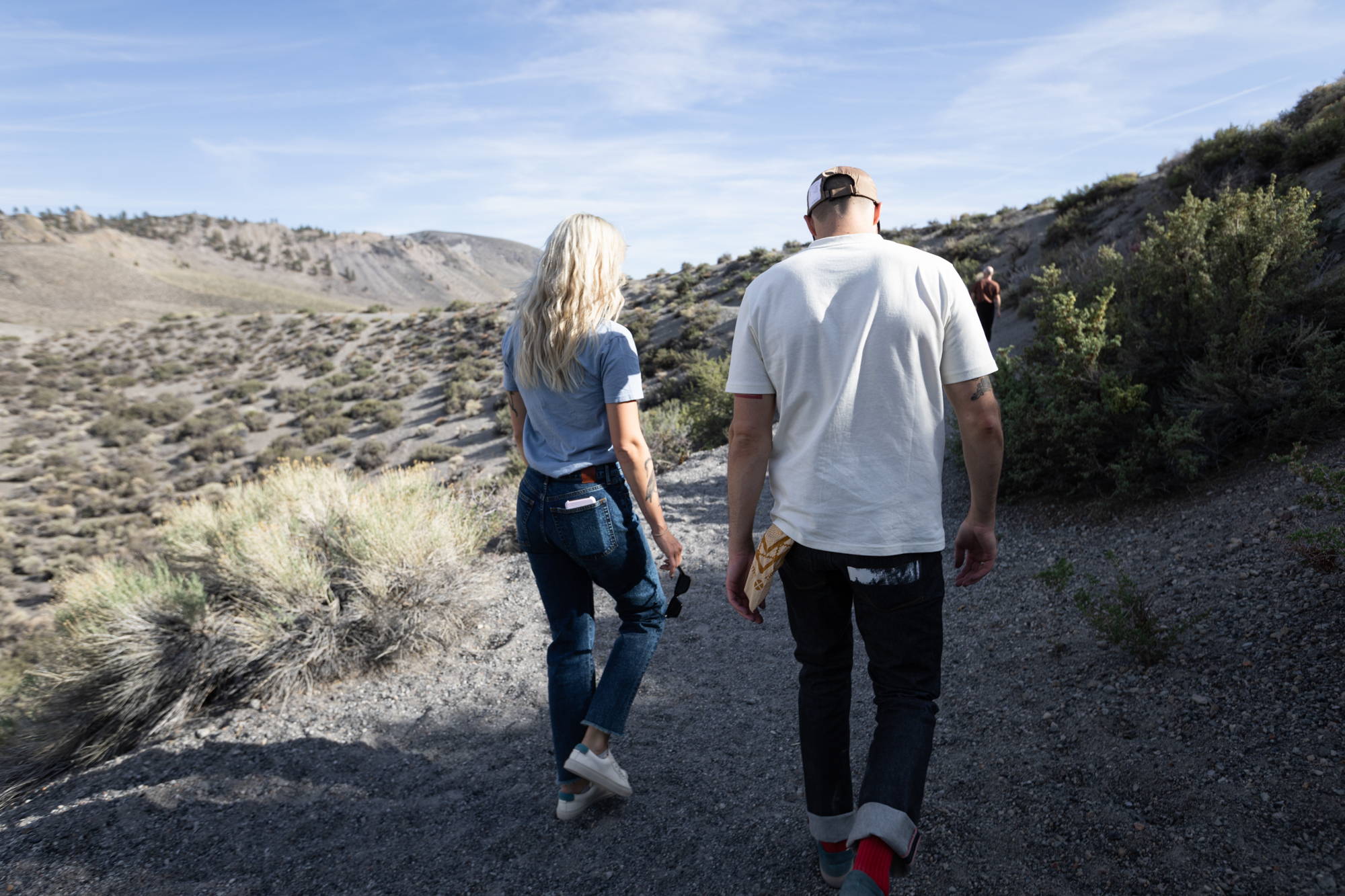 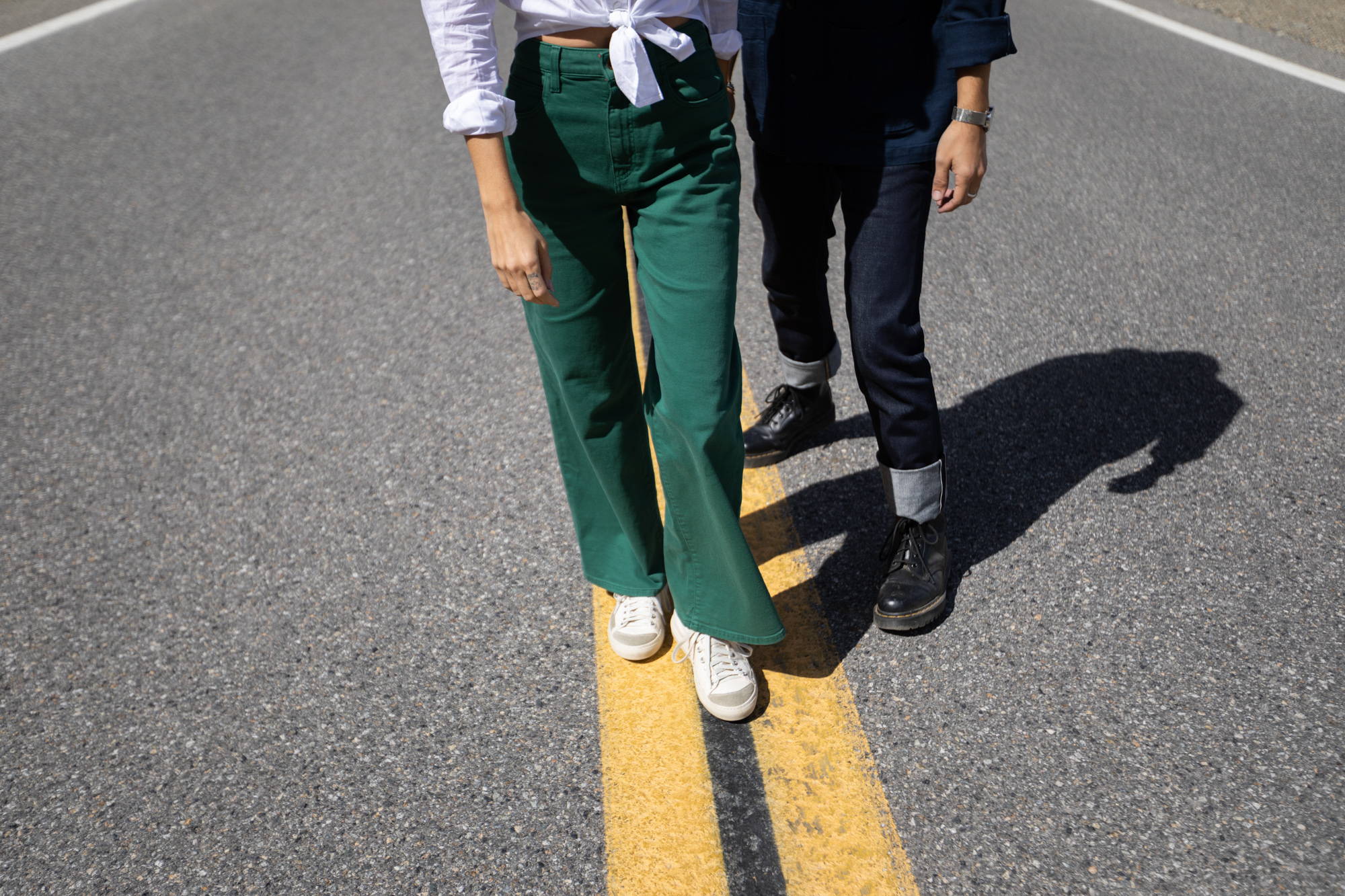 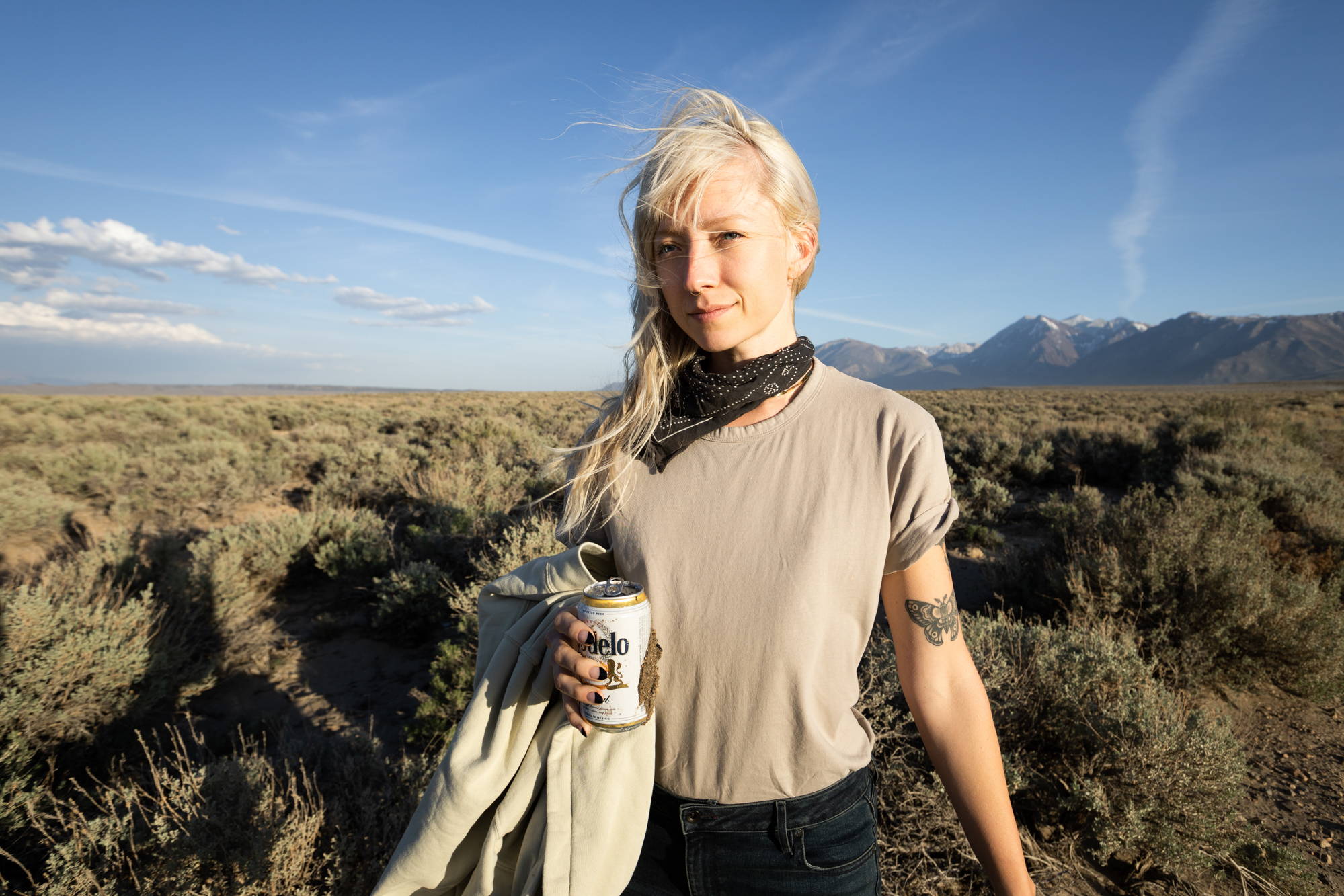 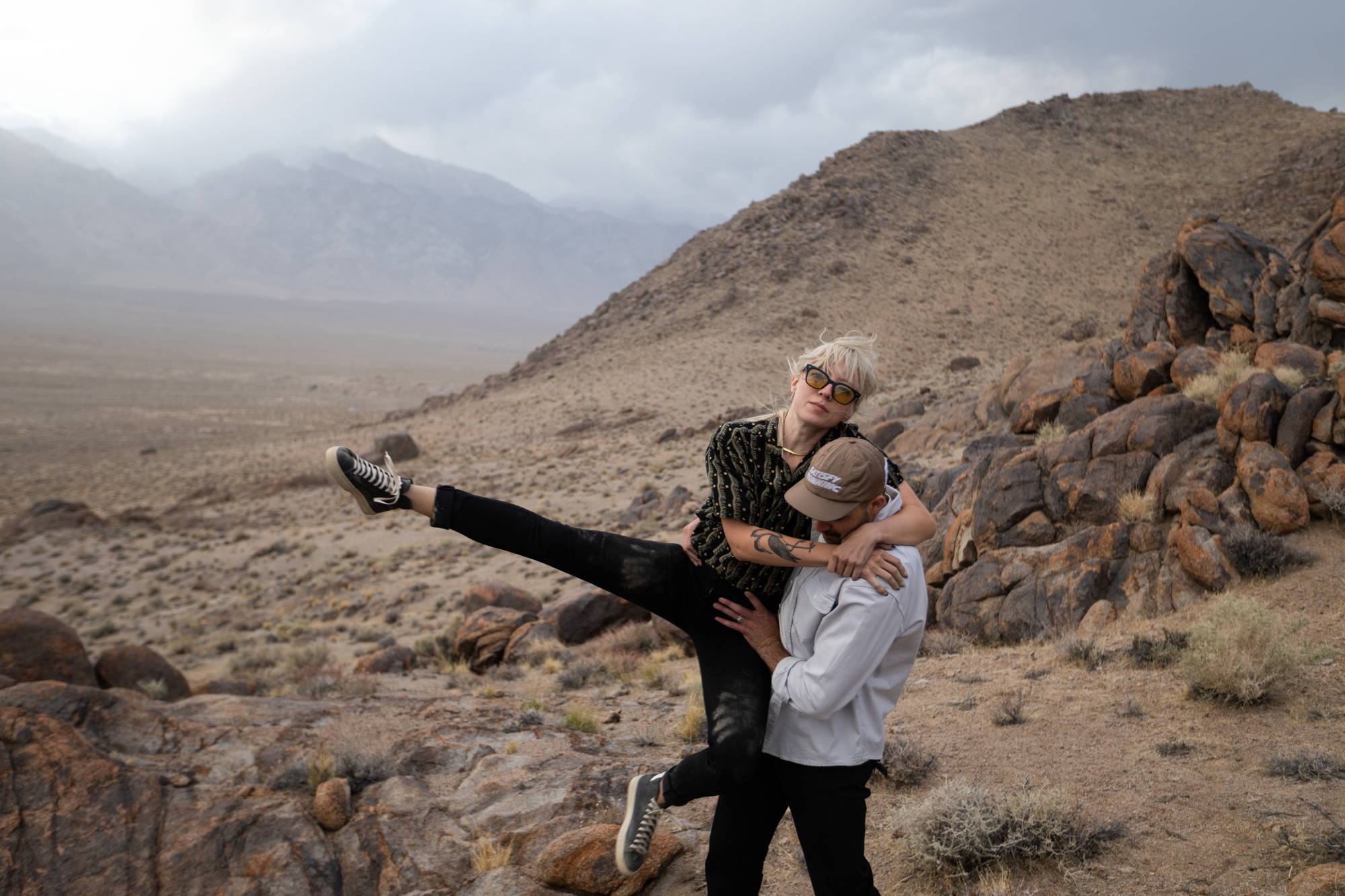 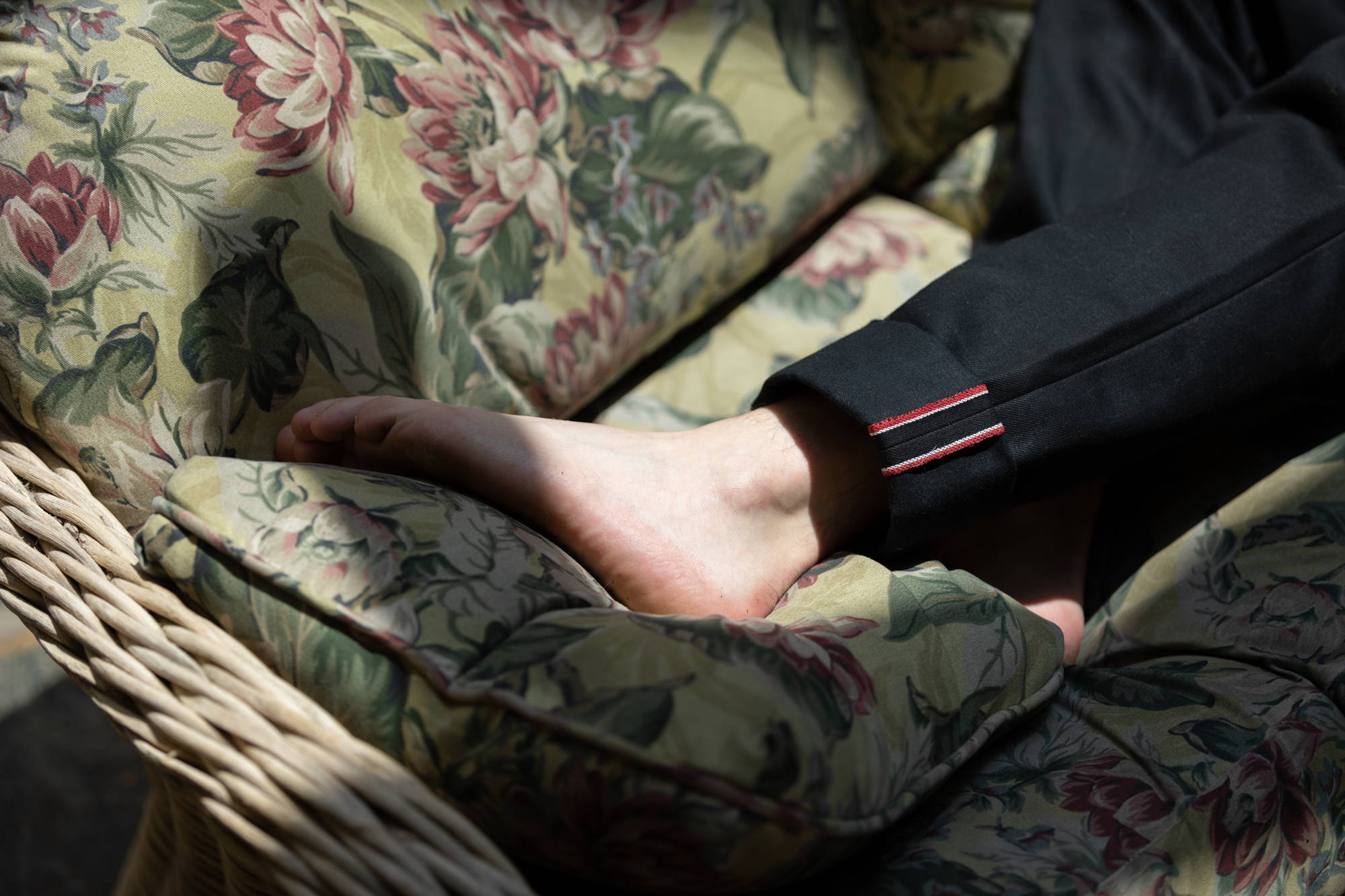 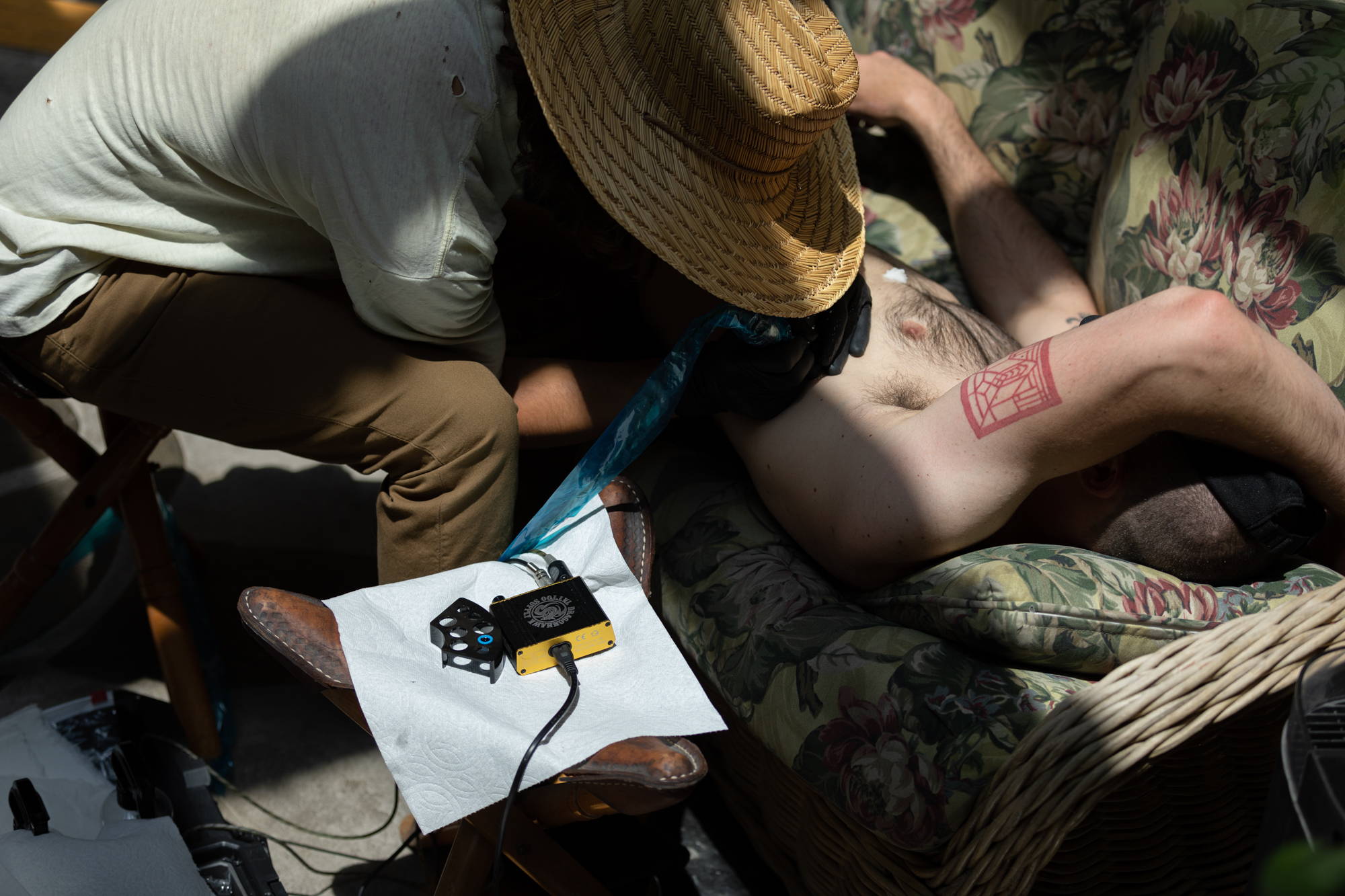 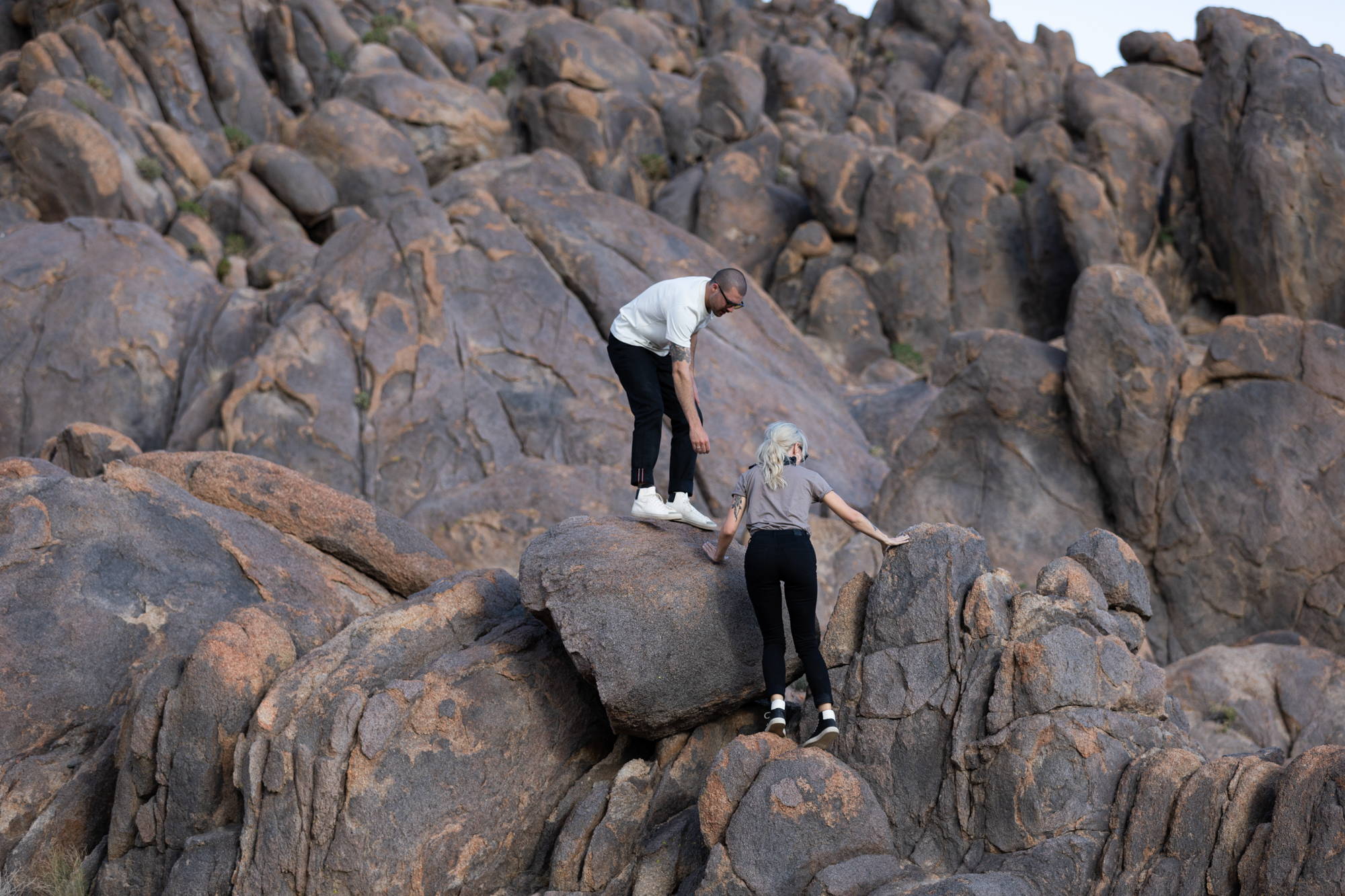 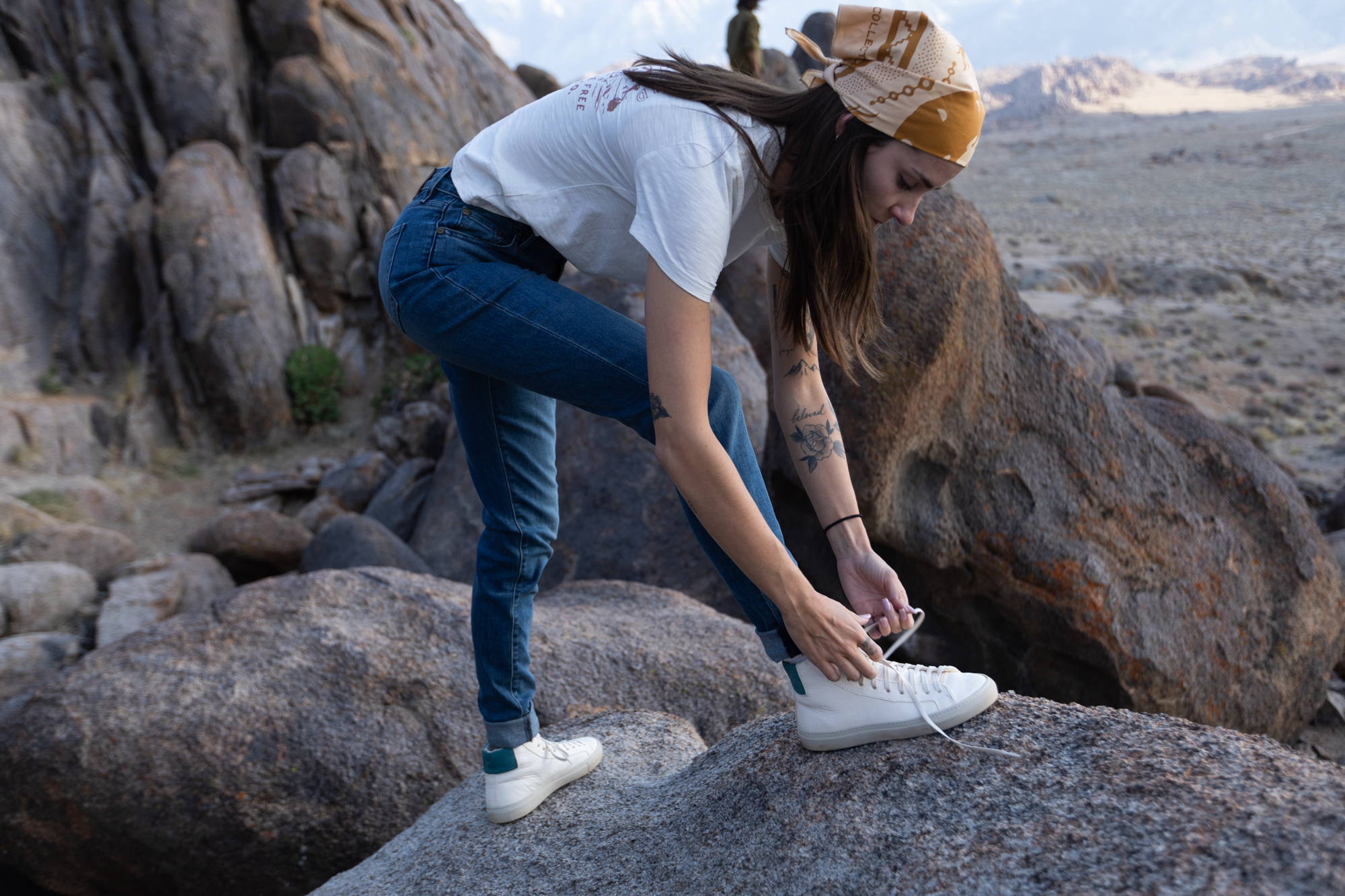